In the World, But Not Of It

Jesus told his disciples to be "In the world, but not of the world." 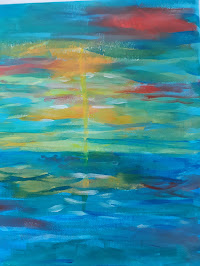 That's a tricky balancing act, I've found.  Some Christians move too far out of the world, isolating themselves from all other things, even living off the grid.  Some climb into ivory towers where they can look down on everything else.  To me this is a way of proclaiming they're the only ones who are right, and everyone else is wrong.
Now, I'm not saying to conform to every view the present world is throwing at us, or turn our backs on God or His Word in the Bible.  But lording it over others, and trying to force them into our views is not the way Jesus spread the Gospel.  And it's not the way he told his followers to do this, either.   Jesus met people where they were.  He asked them what their needs were, and then he gave them those things and proclaimed that God loved them.  He didn't say they had to obey all the legalistic laws the current religious establishment was requiring.   There were no hoops to jump through to earn God's love.
At the center of everything Jesus did when he walked this earth was love--overwhelming love that went so far as to lay down his life for us.  St. Paul puts it this way in his letter to the Romans 5:8 "But God demonstrates his own love for us in this: While we were still sinners, Christ died for us." (italics mine)
So what does this mean in daily life, where the rubber hits the road?  St. Peter put it this way in his first letter: I Peter 3:15-16 "Always be prepared to give an answer to everyone who asks you to give the reason for the hope that you have.  But do this with gentleness and respect,  keeping a clear conscience, so that those who speak maliciously against your good behavior in Christ may be ashamed of their slander."
The best visual example I can think of is that Jesus wants us to be Lighthouses.  Not dark, angry defensive Fortresses.
Posted by mferler.blogspot.com at 1:17 PM